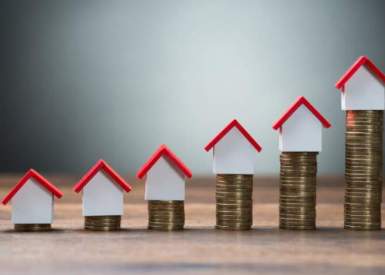 APRIL saw a sharp rise in Cyprus property sales compared to the numbers sold in the corresponding month last year, with the number of contracts deposited with Land Registry Office rising up to 61% according to the Department of Lands and Surveys.

Of those 1,057 contracts, 628 (59%) were deposited by Cypriots and the remaining 429 (41%) by non-Cypriots – 123 of whom were EU citizens and 306 non-EU citizens. Property sales rose in all districts and the figures show a continuing improvement in the economic sentiment.

A rush by foreign nationals to acquire Cypriot passports via the citizenship-by-investment scheme before tougher criteria come into force on 15 May could also have helped to boost sales. (Further details of the revised scheme may be found at Cyprus Investment Programme.)

Sales rose in all districts. In percentage terms, Famagusta led the way with sales up to 85%, followed by Limassol with a rise of 74%, while sales in Larnaca, Nicosia and Paphos rose by 69%, 44% and 43% respectively. 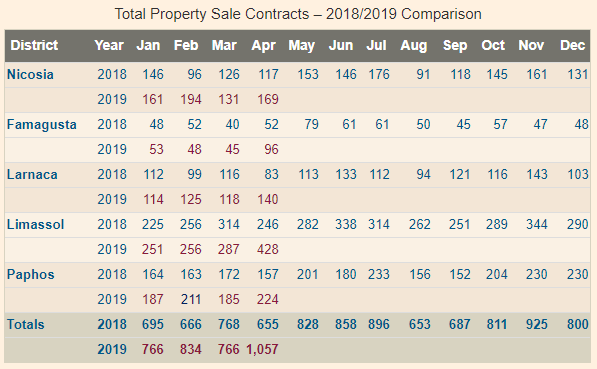 During the first four months of 2019 sales rose by 23% compared to the same period last year. Sales in Nicosia rose by 35% and sales in Famagusta rose by 26%. Meanwhile sales in Paphos rose by 33%, while those in Larnaca and Limassol rose by 21% and 17% respectively.

Property sales to the overseas (non-Cypriot) market during April 2019 rose by 32% with 429 contracts of sale deposited compared with 326 in April 2018.

Although sales in Famagusta fell by 5%, they rose in the remaining four districts. Sales in Limassol rose by 63%, sales in Larnaca rose by 60%, sales in Nicosia rose by 33% and sales in Paphos rose by 14%

During the first four months of 2019, sales to the overseas rose by 9% compared with the same period last year. 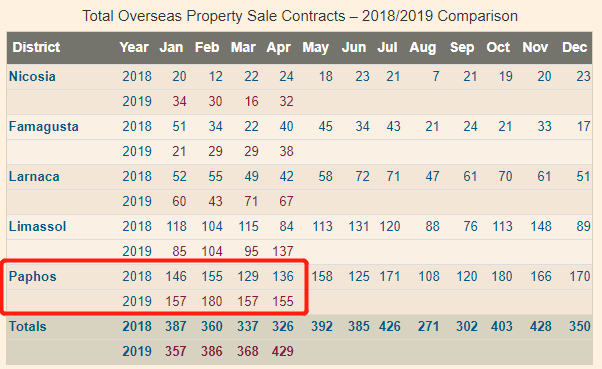